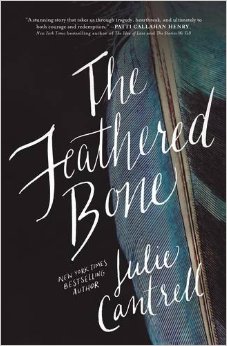 This book was hypnotizing, it drew me in with the different ways the story was told, and the pre-Katrina New Orleans culture. When a little girl named Sarah goes missing during a trip to the landmarks of New Orleans, Louisiana, Amanda, the chaperone’s world goes out of control. Sarah was Amanda’s daughters best friend, and now Amanda’s daughter Ellie is sinking into a deep depression, while Sarah fights for her life in a place no one would ever imagine that she would be.

Sarah starts writing letters, and in these letters she explains what’s happening to her, though she doesn’t have anywhere to send them, or anyone to give them to, because she’s trapped, chained up and made to be invisible. While the world spins around her, Sarah is stuck being someones slave, and she hopes that her family is out there looking for her.

At the same time that Sarah is being held captive, Ellie, her best friend, feels guilty that she wasn’t able to save Sarah, and she doesn’t know where she is now. Amanda, Ellie’s mom, feels that their world is flipping upside down, and she doesn’t know how to stop it from spiraling out of control. This story is about finding Sarah, but also about Amanda finding herself, and saving her family and Sarah at the same time.

What I really liked about this book was it’s setting. New Orleans is a place that is just drenched in culture, and it was fun to read about all the different things in this city. The suspense of the novel was also something that really carried it, it kept me on my toes, especially when I started reading the letters that Sarah was writing. I needed to find out who she was talking to, and if anyone was going to find her. This book definitely gets 5 out of 5 stars for me, the writing was superb and the story was exciting and perfectly paced.

3 thoughts on “The Feathered Bone”

Home is where the books are♡

Happily addicted to all the Bookish things

You have crossed the threshold and entered the Realm of Katara...

For the love of Literature.